Request a Quote for Indianapolis 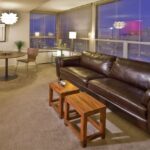 This high rise community in the heart of downtown Indianapolis off a furnished apartment that is perfectly located to meet your every need. Blocks from . . .

Carmel, IN
Cincinnati, OH
Columbus, IN
Fort Wayne, IN
Indianapolis, IN

Business consultants, university adjunct professors, traveling medical personnel, government and military employees—all have something in common.  They all can benefit from cost-effective, amenity rich Indianapolis corporate housing.  Almost Home offers outstanding Indianapolis furnished apartment packages to match the specific requirements of each individual.  We will do our best to work with your own budget and temporary housing needs.

Indianapolis is driven by an economy that is based on manufacturing and healthcare. The combination of old world economy and new world technology gives the city a robust economy that is resilient to economic cycles and downturns. Numerous healthcare companies, founded in Indiana, are headquartered in Indianapolis. In terms of manufacturing, the industry that is part of Indiana is diverse. From companies like Rolls Royce to the Delta Faucet Company, old school manufacturing prevails, while Raytheon, Carrier and Roche Diagnostics are just some of the companies that represent the high tech manufacturing giants in the city.  Indianapolis corporate housing is a useful service for such large corporations’ corporate apartment needs. In terms of logistics and distribution, Indianapolis has a good share of that market as well, although the industry is not as robust as the manufacturing and high tech sectors. FedEx has a hub in Indianapolis International Airport as do Celadon, Amazon.com, Foxconn and CVS Pharmacy. Regional airlines such as Chautauqua Airlines, Republic Airlines and Shuttle America are based here as well.

Indianapolis furnished apartment residents will experience a humid continental climate and enjoy four distinct seasons. Spring averages a high of 52°F in March and ascends to July's summer peak of 85°. Fall sets in in mid September when highs are in the mid 70s and lows fall to 35 in November. December through January and early March experience lows in 20s and 30s with March averaging 32°. January is the coldest at 20° and sees the most snow, while April sees the most showers.

Prior to European settlement the area was inhabited by the Lenape and Miami tribes until the early 19th century when they were displaced by settles, who ultimately established the state capitol in the area. Indianapolis rests on what is almost exactly the geographical center of the state. The location was chosen for two reasons, one being its centrality and the other because of the White River which runs through it. Indianapolis was chosen as the name to celebrate the state's name Indiana and juxtaposed with the Greek word for city, polis. The state commissioned Alexander Ralston, who was Pierre L'Enfant's assistant during the planning of Washington D.C., to plan the city. Indianapolis was designed so that there would be surface transportation access in all major directions and the east-west rail line would traverse the city.  (Traveling to and from your furnished apartment in Indianapolis is much easier than in many cities because of this forethought.) Additional rail lines that came after Madison and Indianapolis expanded the rail network and increased the city's importance along the route, which was by this time increasing in traffic.

Places to Eat in Indianapolis, IN

Things to do Near Indianapolis Corporate Housing