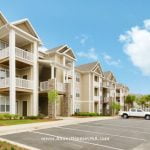 Almost Home invites you to experience the upscale, modern style of a Crestview furnished apartment this outstanding Crestview location.  Conveniently located in Crestview, FL off . . . 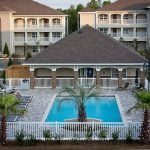 Almost Home invites you to enjoy Crestview temporary housing this fully-featured, condo-style community.  You will be close to all that matters in Crestview, yet at . . .

Whether you are in town to enjoy the great Florida beaches of Fort Walton Beach or are fortunate enough to be commissioned here on an extended business trip, you will benefit greatly from staying in Almost Home Fort Walton Beach corporate housing.  Compared to hotel cost, furnished apartments in Fort Walton Beach FL are a much better option for value as well as living experience.

The Fort Walton Beach economy is driven primarily by tourism and military spending.  Tourism peaks in the summer vacation months, consisting mostly of local Floridians from other parts of the state, as well as tourists from other states. The tourism dollar is spent in Fort Walton as a primary destination as opposed to a transient stop on the way to another vacation destination. There is more room to grow in the Fort Walton Beach area and this will be one of the drivers of the local economy. Real Estate and the migration of more mature demographics from other states is predicted to increase the utilization of beachfront properties over the next few decades. The beachfront and secondary properties are currently underutilized.

Fort Walton Beach faces a tropical climate influenced by the Atlantic Ocean in the East and the Gulf of Mexico in the West. Spring is mild with temperatures ranging from highs of 66°F to 82°. Summers are warm, reaching a peak of 88° in July, while fall averages 82° in September to lows of 46° in November. Winter stretches from December to February, with the coldest of 42° occurring in January.  Definitely bring plenty of cool, loose clothing to your Fort Walton Beach corporate apartment.

Surprisingly, although the city is named as a fort, there was never a fort at this location at any time, whether it was during the period of colonization or during the Civil War. However, Fort Walton Beach was a Civil War camp setup by the Walton Guards in 1861. The location was ideal to protect the waterways, which were a commercial passageway for ships to sail up towards Pensacola. This route was important for the Confederates. During the war, the men from Camp Walton engaged in minor skirmishes with Union Sailors because of a blockade the Union Army had placed on ships sailing into port. The blockade was meant to cut off trade to the South which was, in part, financing the war effort.

Things to do in Fort Walton Beach

Fort Walton Beach corporate housing residents have plenty of entertainment options to choose from.  Get out and see what interests you.  We provide the following suggestions. Reach out to one of our housing specialists today to find out what Almost Home offers for Fort Walton Beach temporary housing.   We know you will be pleasantly surprised.