Request a Quote for Germantown 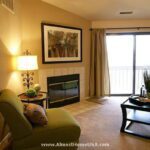 Needing housing near Milwaukee but do not wish to be right downtown?  Consider Germantown WI corporate housing by Almost Home.  We offer spacious Germantown furnished apartments for every temporary housing need.

Germantown is a village in Southeastern Wisconsin very near Milwaukee. It is a laid back city that was once voted as Money Magazine’s top 30 most appealing places to live in the entire United States. The economy here is driven by advanced manufacturing and the emergence of renewable power industries. There are also agricultural companies that are advancing the agribusiness with new advances in technologies.

Hide Map
The underlying factor of the industrial growth is the availability of skilled workforce in the Germantown area, and surrounding towns. Compared to Milwaukee and other larger cities, costs in Germantown are lower and present new businesses with lower startup costs and investments. In keeping with this, corporate housing is also less expensive in this outlying district.  The Germantown Business Park caters specifically to the business community with advanced infrastructure and communication in an effort to attract businesses to relocate to the area. Some of the companies that have relocated include Cambridge Major Laboratories, Great Lakes Packaging and Gehl Foods.

Germantown's weather is influenced by its location and proximity to the Great Lakes. Germantown furnished apartment dwellers will find the temperature varied but not too extreme, one way or the other.  Spring arrives in April with highs of  55°F in April and lows of 47°. Temperatures continue climbing to a summer peak of 80° in July and stretches to August.  Fall hovers at about an average of 60° in October and gets to lows of 15° in December. January's low of 8° is the coldest in the year.  Highest levels of precipitation are experienced in August.

Those who are staying in temporary housing in Germantown WI may not be around long, but may, nevertheless, find a little history of the area an enjoyable tidbit.  Germantown is an amalgam of several smaller towns that combined to form the current village.  It was originally referred to as Town 9 Washington County in 1836. The town was incorporated in 1924. Fearing dilution through annexation from Milwaukee County, a few neighboring towns combined to create a village. The result was two versions of Germantown. One was the Village of Germantown, and the other was the Town of Germantown within the same geographical area. Milwaukee is the closest large city in the area, and during the early days, Milwaukee was inhabited by a large German population. This population migrated outward from the city in search of farmlands and many ended up in the Germantown area. The towns that merged to form Germantown included Kuhburg and Dheinsville and Goldenthal - all very ethnic German names. The German inflow began in 1839, when the first purchase of land made from the government was recorded. This immigration continued until 1844 when the inventory of land reduced.  A Germantown corporate apartment may very well be situated on land that was once farmed by these early settlers.

Things to do Near Germantown WI Furnished Apartments