Request a Quote for Hampton 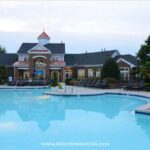 Whether it is temporary housing for military, shipyard employment, or other business or person reasons, Hampton VA corporate housing by Almost Home is your best short term housing option.  Contact one of our housing specialists today for a quote on one of our outstanding one, two, or three bedroom Hampton VA furnished apartments.  You will be glad you did.

Whether you are already here or considering a move into the area, take a few moments to review the brief summary of Hampton VA that we provide here.

Hampton has four distinct seasons, but they are not as pronounced as in more northern climates. Spring is mild with temperatures averaging a high of 58°F in March to 75° in May. Summers are warm, with temperatures reaching a peak of 87° in July. Fall highs average 79° in September to lows of 52° in October. The cooler months stretch between November and February where the lows are in the 30s.

Hampton's economy is driven by large infrastructure assets. The first economic engine of the area is the Port of Hampton Roads, close to Hampton. After the significant contraction during the economic downturn in the 21st century, the area is now rebounding, but at a pace slower than anticipated. The other revenue stream that is still standing strong in the area are the academic establishments and tourism. Tourism remains as a large contributor to the area's economy, as well as the state of Virginia as a whole. It would not be unheard of for Hampton VA corporate apartments to be used by those taking an extra long vacation to the Hampton/Virginia Beach area.  The local councils have also created business and technology parks to boost the area's economic diversity and move dependence away from the government's military establishments only.

Hampton VA corporate housing residents can enjoy a very interesting history which surrounds them.  Old Point Comfort, the eventual site of Fort Monroe, was first identified and occupied by Captain Christopher Newport and his men when they arrived from London, in December of 1606.  Old Point Comfort was chosen as a strategic site due to its location on the confluence of three of Virginia's main rivers and was calculated as the strongest militarily strategic position. In 1619, the first ship carrying indentured slaves, Antonio and Isabella docked in Hampton. They were the first servants to set foot on American soil. In January of 1624, their child was the first African American to be born on American soil. Fort Monroe was the site of present day Hampton.  Both played major roles in the Civil War as well as the Revolutionary War.  In the Revolutionary War, Hampton was burnt down and rebuilt again. The same happened during the civil war.

Things to do Near Hampton, VA Temporary Housing

Places to Eat in Hampton VA

Make a few forays out from your own furnished apartment’s kitchen to taste the excellent restaurant fare in Hampton VA.