Request a Quote for Independence 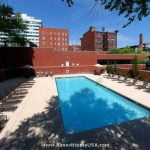 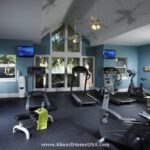 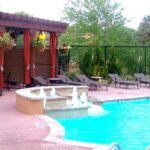 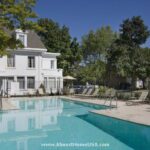 The foundation of the Independence economy has morphed over the last four decades from a primarily suburban community that supported the residents who worked in Kansas City and commuted to a city now that has its own business, industry and economy.  The labor force is spread across a wide range, from administrative and clerical to janitorial and manual labor, as well as technical specialists and executives.  Independence MO is also home to manufacturing, fabricated metal products and industrial machinery. These include companies like Katco Rubber, Gaylord Foundry Equipment and National Aluminum and Brass Foundry.  Corporate housing in Independence services the short term housing needs of all these industries.

Independence corporate apartment dwellers need to be prepared for a wide range of climates throughout the year.  The city enjoys four distinct seasons, ranging from cold winters to hot and humid summers. Spring begins with a high of 55°F in March and ascends to 75° in May. Summers get warm and muggy, with temperatures reaching a peak of 88° across the months of July and August, then fall to average highs of 79° in September and lows of 45° in October. The cooler months stretch between November and February where the lows are in the 20s and 30s.

The Independence area was originally home to the Osage Indians before they were displaced by the arrival of the Spanish and French. The Independence area entered the United States territories via the Louisiana Purchase in 1803. It was, however, explored much earlier and it is one of the places mentioned in the notes and journals written by Lewis and Clark during their expedition. The city came into existence in 1827 as part of the Kansas City area, and together became an important gateway of the western frontier. Travelers from New York and the east would follow trails starting from Independence and Kansas City. It gained its prominence because travelers arriving by steamship would only be able to travel west as far as Independence. It was not possible to go further west by boat.  This made the town the natural terminus and the point where travelers would have to switch modes of transportation. This created a huge business opportunity for traders and saw the city expand and prosper. The 1830s and 40s witnessed the boom of traders.  (Independence temporary housing would have been a nice option back then.)

Places to Eat in Independence

There is no need to trek all the way to downtown Kansas City for good food.  There is some not-so-shabby dining right near your furnished apartment in Independence, MO.

Things to do Near Independence MO Corporate Housing