Request a Quote for Inland Empire 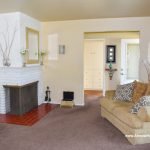 Come on in and enjoy corporate housing in Ontario CA at its finest in this tastefully decorated home in a quiet but conveniently located neighborhood. . . . 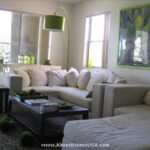 This furnished apartment is located close to I-10 and is just minutes from shopping, restaurants, transportation, entertainment and more. The convenient location and great amenities make . . .

Almost Home offers numerous Inland Empire corporate housing choices.  Contact our housing professionals today to receive a quote for whatever furnished apartment needs you may have.

The Inland Empire economy – economies of San Bernardino and Riverside counties – has been one of the fastest growing in California driven largely by explosive population growth. In just the first five years of the 21st century, the area’s population increased by almost 25%, and accounted for 20% of the state’s population growth. The increase was largely due to affordable housing and the promise of jobs.  There are a plethora of corporate housing options throughout this vast area.

Inland Empire enjoys a cool Mediterranean climate influenced by the Pacific in the east and the San Bernardino Mountains in the East and North. Spring averages highs in the 60s till March and warms to the 70s in April until it peaks at 97 in August.  The temperatures then start to cool as fall arrives in late October with highs in the low 80s and lows in the low 50s. Winter spans the months of December and January when the lows are in the low 40s. Between the two months, December is the coolest month of the year. Highest average precipitation is experienced in February.

Almost Home’s Inland Empire corporate housing residents might enjoy a little info about the area.  The expance was originally, and for a long time dating back thousands of years, occupied by the Tongva, Serrano and Cahuilla Native American people. The decrease of the Spanish and Mexican influence in the area began in 1851 when Mormons, and later, other Europeans, began settling in the area. Significant growth in the area was the result of two separate events: first was the introduction and success of Valencia oranges in the area; the second was the arrival of the railroad. The two combined to make the area grow rapidly and evolve into a major center of citrus production. Soon, dairy farming added to the already booming agricultural industry. The infamous Route 66 arrived in San Bernardino and that led an influx of tourism and migrant workers. This added to the expansion of the agricultural industry and continued the success of the area.

Places to Eat in Inland Empire

Things to do in Inland Empire