Request a Quote for Pasadena 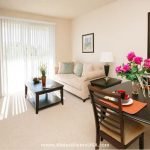 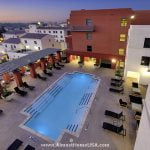 Almost Home offers a wide variety of Pasadena, CA corporate housing options for every short or long term furnished apartment need you may have. Contact us today to receive a temporary housing quote customized just for you in your desired area of the city.

We wish to help familiarize potential newcomers to life in Pasadena and therefore provide the following informative summary of various aspects of this city. Take a few moments to acquire the knowledge of a long-time resident before you arrive.

Those staying in corporate housing in Pasadena, CA for business reasons might appreciate some information about the city’s business environment. Pasadena's economy is dominated by education and research, healthcare and insurance, and consumer goods. Being a suburb of Los Angeles, Pasadena is a heavily visited city by tourists and business visitors who descend on the city because the hospitality industry is overwhelmed in downtown Los Angeles. Education and research institutions in the city of Pasadena include NASA's Jet Propulsion Laboratory, as well the California Institute of Technology. The technology focus of its academic institutions has an international attraction and the talent harvested from academic institutions from here and other areas of California are absorbed into industry here. Aside from highly technical training institutions, there are also educational categories like the Le Cordon Bleu Culinary Institute and Art Center of College Design. There are a large number of retail businesses catering to the local population here who have an above average earning capacity. From retail banks to consumer goods, there is a strong presence in terms of individual retail centers as well as malls and shopping centers. There is also a large sports following with the local Rose Bowl being the center of the annual parade. It is part of the tourism engine which also includes performing arts, museums, and art galleries.

Knowing what clothing to bring with you to your Pasadena, CA furnished apartment is somewhat dependent on the local climate. Pasadena experiences a mild Mediterranean climate tempered by the Pacific Ocean, much like the rest of California, with sunny summers and comfortable winters. Spring averages temperatures between 67°F in March and 73° in May. Summers warm up to peak at 83°F in July. Fall temperatures average at 68° for highs in October. Lows of 50° are experienced in November. Winters are mild, stretching from December to January with the lowest reaching 40. So, be sure to dress right and then venture out of your Pasadena, CA corporate apartment to enjoy the wide variety of outdoor activities that this area offers.

Being a temporary resident in Pasadena, CA corporate housing need not relegate you to feeling like a complete outsider. Acquaint yourself with Pasadena’s history by reading our brief historical summary provided below. The area's history of civilization can be traced back to the days when the land was occupied by the Hahamongna tribe. The Hahamongna were part of the native Tongva Tribe that was dominant in other parts of California as well. Their language was part of the Uto-Aztecan languages. The area was colonized by the Spanish and eventually passed to Mexico when they received their independence from Spain. This area was part of the original Rancho del Rincón de San Pascual and was called Indiana Country because it was purchased by a group from Indiana under the guidance of a medical doctor who believed that his patients would benefit from the climate that seemed suitable to those suffering from asthma. They raised the necessary funds and moved from Indiana to this strip of land which they had purchased from Benjamin Wilson. The closest post office at the time was in Los Angeles, and Indiana Colony was not incorporated or an official city. Eventually they decided to name the place and organize a township. One of the things that they wanted to do was name the area, and for this they tried to name it with a Chippewa name, even though the Chippewa had nothing to do with Southern California. All the names they had suggested for translation ended with the sound of “pasadena.” In Chippewa, pasadena meant “of-the-valley.” The name was voted, accepted, and the municipality was incorporated in March of 1886.

All of Almost Home’s Pasadena, CA furnished apartments have fully equipped kitchens, making cooking both easy and enjoyable. However, many of our residents still enjoy dining out from time to time. You might want to give the following restaurants a try:

Things to Do in Pasadena

Stepping out of your Pasadena, CA temporary housing is bound to present you with numerous interesting activities. We have listed a few possible entertainment options that may appeal to you. Whatever your reason for visiting Pasadena, Almost Home Corporate Housing is your best choice to provide you with a furnished apartment in Pasadena, CA that is perfectly tailored to meet your unique housing needs. Call us today to receive a quote or fill out our simple housing request form at the top of this page.