Request a Quote for San Diego 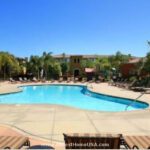 Located in the Sunbow community of Chula Vista, these Chula Vista furnished apartments cover over 14 acres.  Shopping and restaurants are within walking distance, and . . . 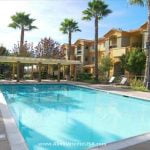 Almost Home offers a wide variety of San Diego, CA corporate housing options for every short or long term furnished apartment need you may have. Contact us today to receive a temporary housing quote customized just for you in your desired area of the city.

We wish to help familiarize potential newcomers to life in San Diego and therefore provide the following informative summary of various aspects of this city. Take a few moments to acquire the knowledge of a long-time resident before you arrive.

Those staying in corporate housing in San Diego, CA for business reasons might appreciate some information about the city’s business environment. San Diego is the eighth largest city in the United States and supports a robust economy that is spread across a diverse array of industries and sectors. Its revenue stream originates from public, private and academic sectors, as well as from military research and commercial activities. Defense and military activities form the bedrock of the economy, making the Federal government responsible for the largest single source of employment. Specifically, the US Navy, responsible for the Pacific fleet is located here and is part of a number of other military installations. San Diego is also home to a large intelligent communication environment. It is also the center for life science research and development. Both industries are responsible for the employment of a large section of the skilled workforce and generate a high end commercial economy downstream. Companies such as Qualcomm are headquartered here and so are international giants such as LG, Nokia and Novatel. The rapid development, the high-end employment and the diversity of the economy naturally lead to a real estate market that is vibrant. Before the financial crisis, San Diego experienced 300% price appreciation in a decade for single family homes. The prices and demand have tempered since the financial crisis; however, prices are still above the national average.

Knowing what clothing to bring with you to your San Diego, CA furnished apartment is somewhat dependent on the local climate. San Diego experiences a combination of Mediterranean and semi-arid climate. Summers, which range between 69º and 77º, last between May and September with the highest temperatures experienced in August. Rainfall is highest during the cooler months between December and March. Fall temperatures average at a high of 73° in October, then cool down to lows of 49° in December. So, be sure to dress right and then venture out of your San Diego, CA corporate apartment to enjoy the wide variety of outdoor activities that this area offers.

Being a temporary resident in San Diego, CA corporate housing need not relegate you to feeling like a complete outsider. Acquaint yourself with San Diego’s history by reading our brief historical summary provided below. The San Diego area was originally inhabited by Native American tribes called the Kumeyaay. They were also known as the San Dieguito. They gave way to the Spanish under Juan Rodriguez Cabrillo on 1542, who claimed the area for the Spanish crown. It was then named San Miguel. Sixty years later, another Spaniard arrived to map the area. Sebastian Vizcaino, arrived on his ship the San Diego, which docked at present-day Mission Bay. He named the area San Diego in honor of the Saint Didacus, known affectionately in Spain as San Diego. Two hundred years after Cabrillo arrived, Mexico gained its independence and along with it received the state of Alta California, wherein was located San Diego. The Mission in San Diego during the time of the Spanish was slowly converted and the city grew rapidly closer to the coastline than to the hills where the mission was located. When California was admitted to the United States in 1850, San Diego was passed along with it and became the country seat for the San Diego County. This served to increase its growth rate, and San Diego slowly became more entrenched in its location by the coastline. The old San Diego location is currently a historical preservation.

All of Almost Home’s San Diego, CA furnished apartments have fully equipped kitchens, making cooking both easy and enjoyable. However, many of our residents still enjoy dining out from time to time. You might want to give the following restaurants a try:

Things to Do in San Diego

Stepping out of your San Diego, CA temporary housing is bound to present you with numerous interesting activities. We have listed a few possible entertainment options that may appeal to you.